Running too Much & Oil Pulling your Legs 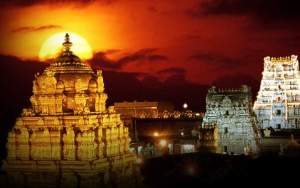 I thought I would post 2 articles on 2 subjects a lot health-conscious people are talking about these days.

First, there’s the subject of “oil-pulling”. This “alternative” health practice, which involves swishing edible oils in the mouth is apparently becoming more popular. It is derived from Ayurveda, and is said to not only help improve oral health, but to help the body “detoxify”, and help improve various health conditions like migraines, or asthma. As I’ve said before, beware of any product that says it can help you “detoxify”. It is almost certainly quackery. The word “detox” is essentially meaningless outside of treatment for people who have been poisoned or are in drug treatment.

Dr. Novella at Science Based Medicine examines Oil Pulling from a skeptical perspective, and the various claims made for it don’t stand up to scrutiny: Oil Pulling Your Leg. It is within the realm of plausibility that it may benefit oral health, and swishing any fluid around your mouth is probably better than nothing if for some reason you can’t brush your teeth, but none of the other health claims have any scientific evidence for them.

Also much talked about these days is a recent study which claims running too much can kill you. I occasionally revisit this issue on my blog since as an avid distance runner, I’m curious to know what is “too much” when it comes to running. Alex Hutchinson(a biased source which even he admits) in Runner’s World closely examines the science to see what the data actually says, and for the most part, the data doesn’t support the headlines: Will Running Too Much Kill You?

Hutchinson takes apart the recent studies, revealing that, contrary to the alarmist media hype, those who ran the most miles did not have the shortest lifespans. There are so many confounding factors that are being ignored, and the conclusions drawn by those claiming high mileage running is unhealthy have no strong evidence supporting them. This doesn’t mean that it’s implausible that high mileage running can lead to a shorter lifespan, it’s just that those claiming this haven’t backed up their claims with any strong evidence. And these studies said nothing about high mileage jogglers!

So I see no reason to stop running 50 or more miles per week.

4 responses to “Running too Much & Oil Pulling your Legs”