What do I do with hummus?

Hummus is a spread or dip made from chickpeas, garlic and tahini that is a mainstay of Middle Eastern and eastern Mediterranean cuisine, and can be used in many different ways. There are countless varieties of hummus, some that are very lemony, some more garlicy, and some that are very spicy.

While many people just use it as a dip for chips or bread as an appetizer, you can make some delicious, more elaborate meals from it. 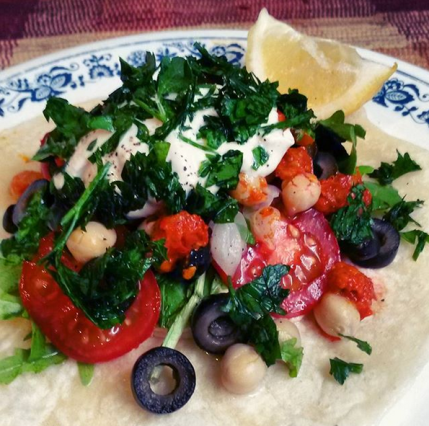 A hummus-chickpea-arugula wrap: Just use a tortilla wrap or pita bread and stuff it with hummus, chickpeas, tomatoes, onions, tahini sauce, harissa(Tunisian hot pepper sauce), olives, fresh parsley, lemon juice and black pepper. The hummus is there, it just got buried under all the other ingredients. Not only is this very tangy and delicious, it’s also very nutritious. 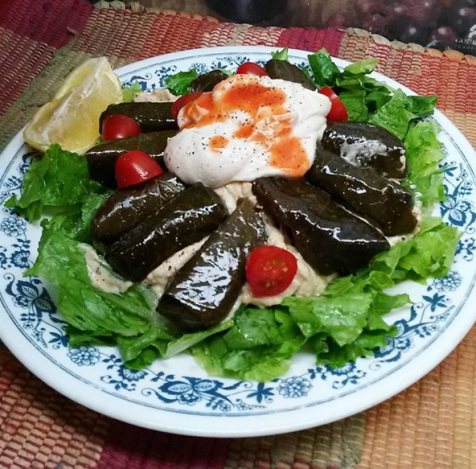 Not in the mood for a wrap? Another suggestion is to make a hummus platter with stuffed grape leaves(dolma), tomatoes, romaine lettuce, tahini sauce, hot sauce, lemon juice, and black pepper. Another delicious, easy to make(unless you make the dolma from scratch) Middle Eastern meal that’s totally vegan.

This barely scratches the surface of all the things you can do with hummus, and Middle Eastern cuisine has so much to offer vegans. Have fun!