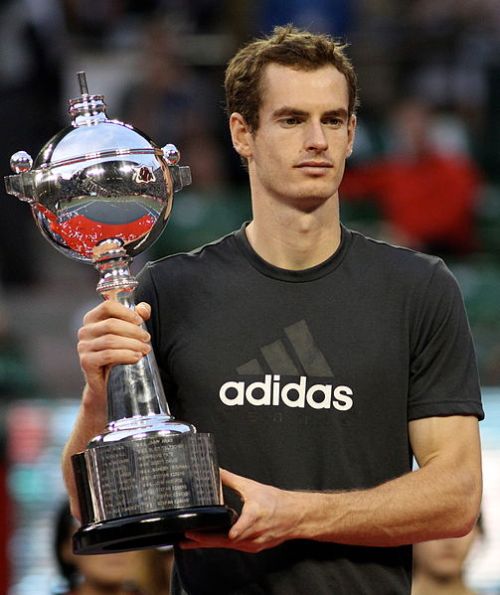 It is no surprise that Andy Murray, one of the best tennis players in the world, the first British man to win the Wimbledon Championships in 77 years has some “juggling” ability.

Andy Murray shows off his juggling ability on Vine

As impressive as this is, I put “juggling” in quotes to describe this since “juggling” almost always requires 3 or more objects, not one(this is a very controversial issue among jugglers). Still, this is amazing and suggests he could easily do 3 or more ball juggling if he wants to and probably does.

Tennis is one of those sports in which learning to juggle may be especially beneficial. I remember last year juggling in the park one day when a tennis instructor came up to me and told me how impressed he was with my juggling skills(even though I dropped them many times). And I was just juggling, not joggling. He said he often tries to get his students to juggle, since he thinks it helps to improve their tennis playing ability. It looks like he was on to something.

He’s not the only tennis instructor to suggest this. At Essential Tennis, they recommend juggling to improve your game – Improve your hand-eye coordination: Juggle!

Congratulations to Andy Murray for his victory. I hope he continues juggling and it would be great if he took up joggling.