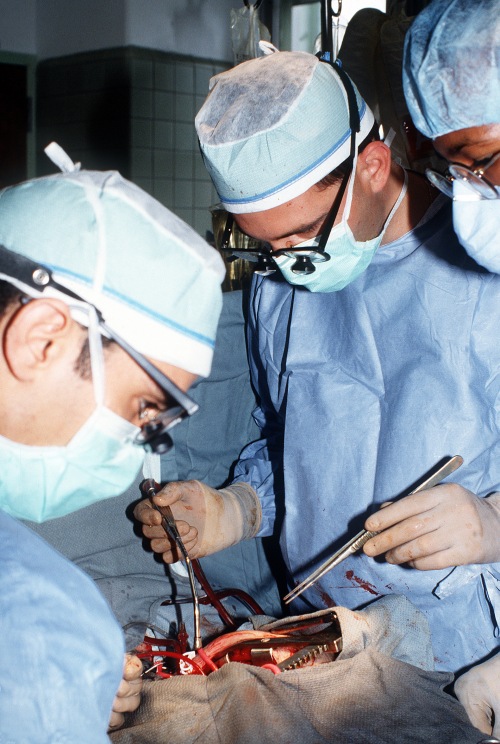 “Don’t worry, I was an advanced World of Warcraft player, so I can handle this”. Source: Public domain.

Video games and surgical training? You may be asking what could they possibly have in common.

Not a lot, but it looks like there is a link between playing video games and surgical skill: The impact of video games on training surgeons in the 21st century.

Wow that’s extraordinary! Maybe video games aren’t such big time wasters after all. Whatever is going on here, this may be due to video games improving hand-eye coordination(which makes me wonder if juggling could improve surgical ability too).

This leads to the question: Which is the best video game console? Comparison of Nintendo Wii and PlayStation2 for enhancing laparoscopic skills.

Both Wii and PlayStation2 significantly improved laparoscopic skills in bead transfer. These video games may be inexpensive alternatives to laparoscopy training simulators.

It’s all in the hand-eye coordination. The word “surgery” itself comes from the Greek “χειρουργική”(cheirourgikē), which literally translates as “hand work”.

This isn’t the only way to improve hand-eye coordination, or surgical skill, and some people become addicted to video games: Video Game Genre as a Predictor of Problem Use